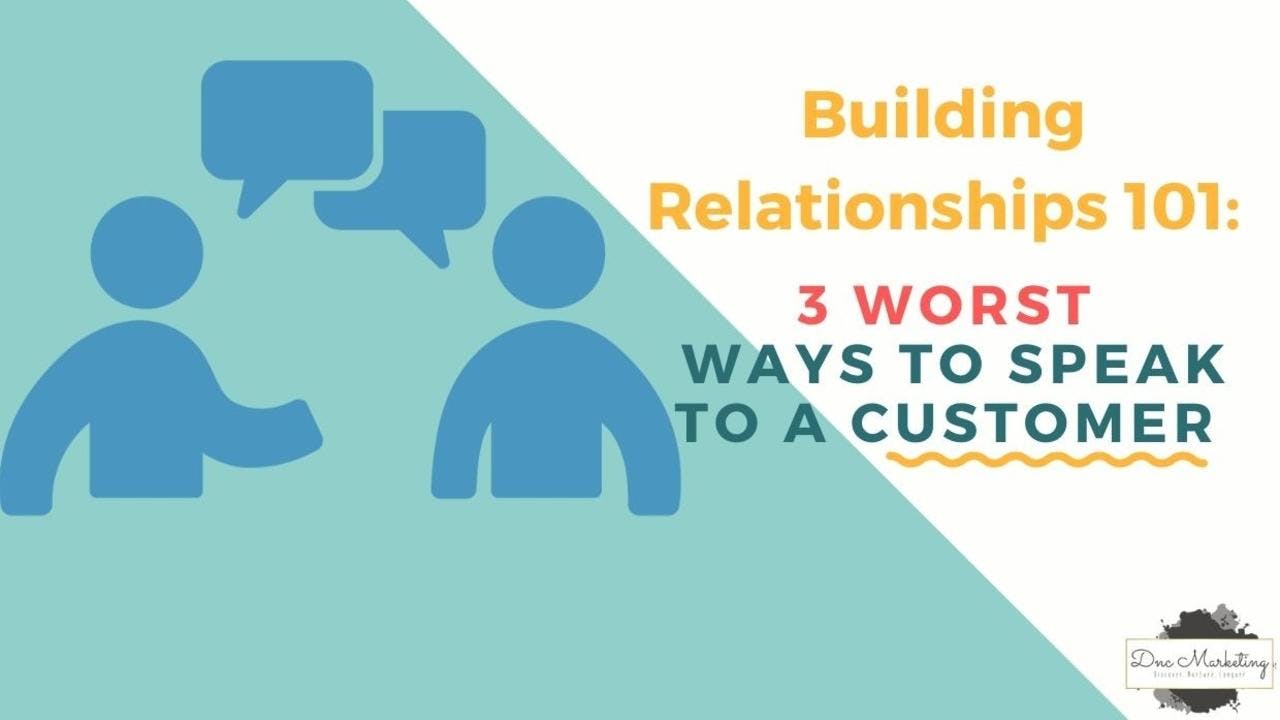 The 3 WORST Ways To Communicate With Your Customers

Today we're talking about the three worst ways you can communicate with a customer. In order to do that, we first need to understand what communication in today's world even means.

Today's average customer requires much more individualized attention. That doesn't mean that you need to send every person on your email list an individualized message per se, but it does mean that your message needs to resonate with your audience in a way that makes them want to take action throughout the customer's journey (reply back, add to cart, etc).

According to the Harvard Business Review “...the retailer can now send them personalized messages designed to resonate with the emotional motivators that drive behavior at each stage of the customer journey.”

The purpose of this article is to give you some key insight and information that will help you find the right people AND come up with the right messaging. This is something we’ve found to be a HUGE problem for the vast majority of businesses. The good news is that you don’t need a journalism degree to purchase a $5,000 copywriting course. Instead, you’re going to take into account your customer's personality type and refine the message from there.

First, let's talk about the four personality types that we'll be speaking to when we're trying to sell a product: 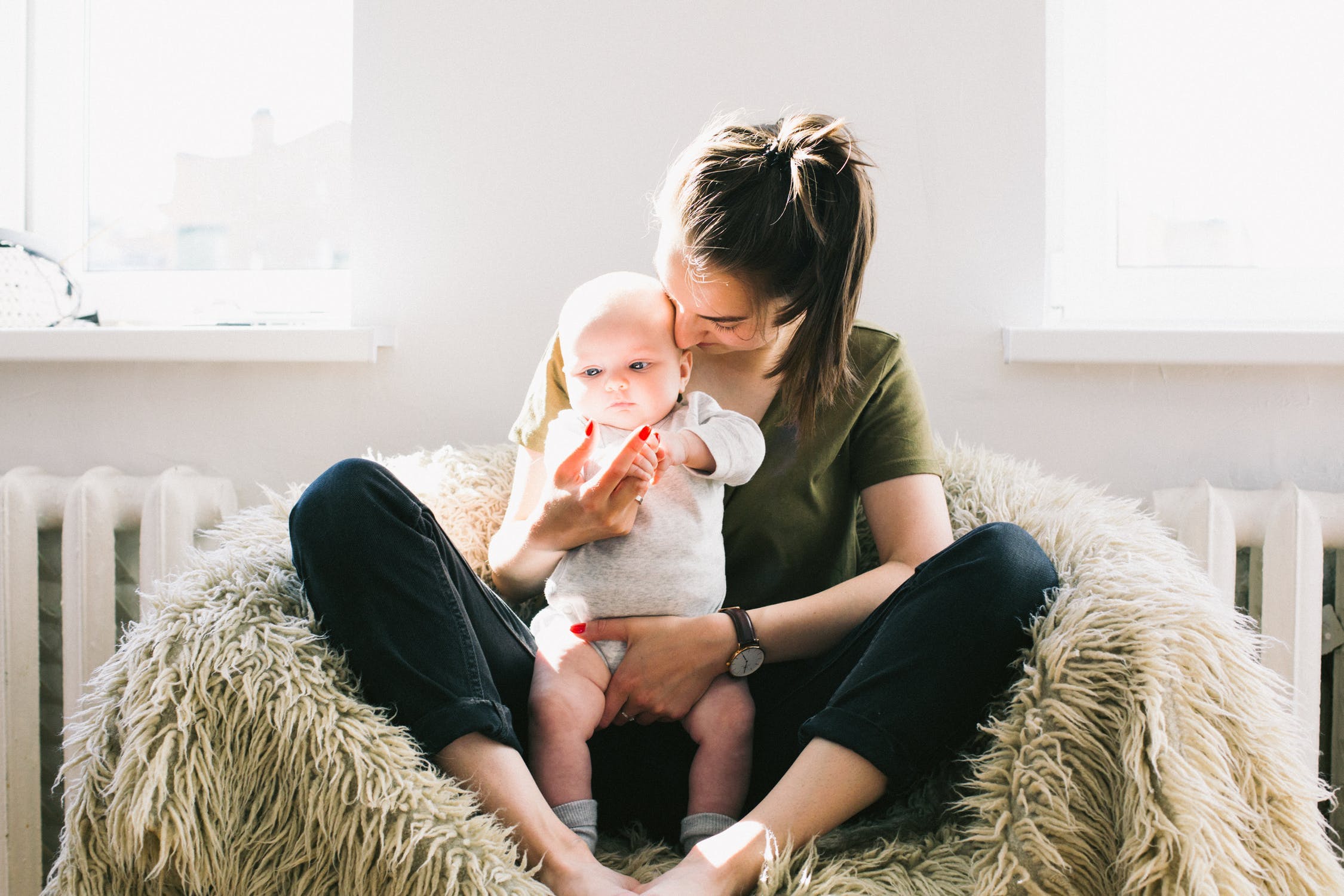 Let’s start with the Golden Retriever. This is someone who is more emotional. They really like to make that friend's connection with somebody. They want you to nurture them and take the time to actually get to know your story. They will not respond well to high-pressure sales tactics, and their primary goal isn't a discount but instead how you make them feel about you and your products. 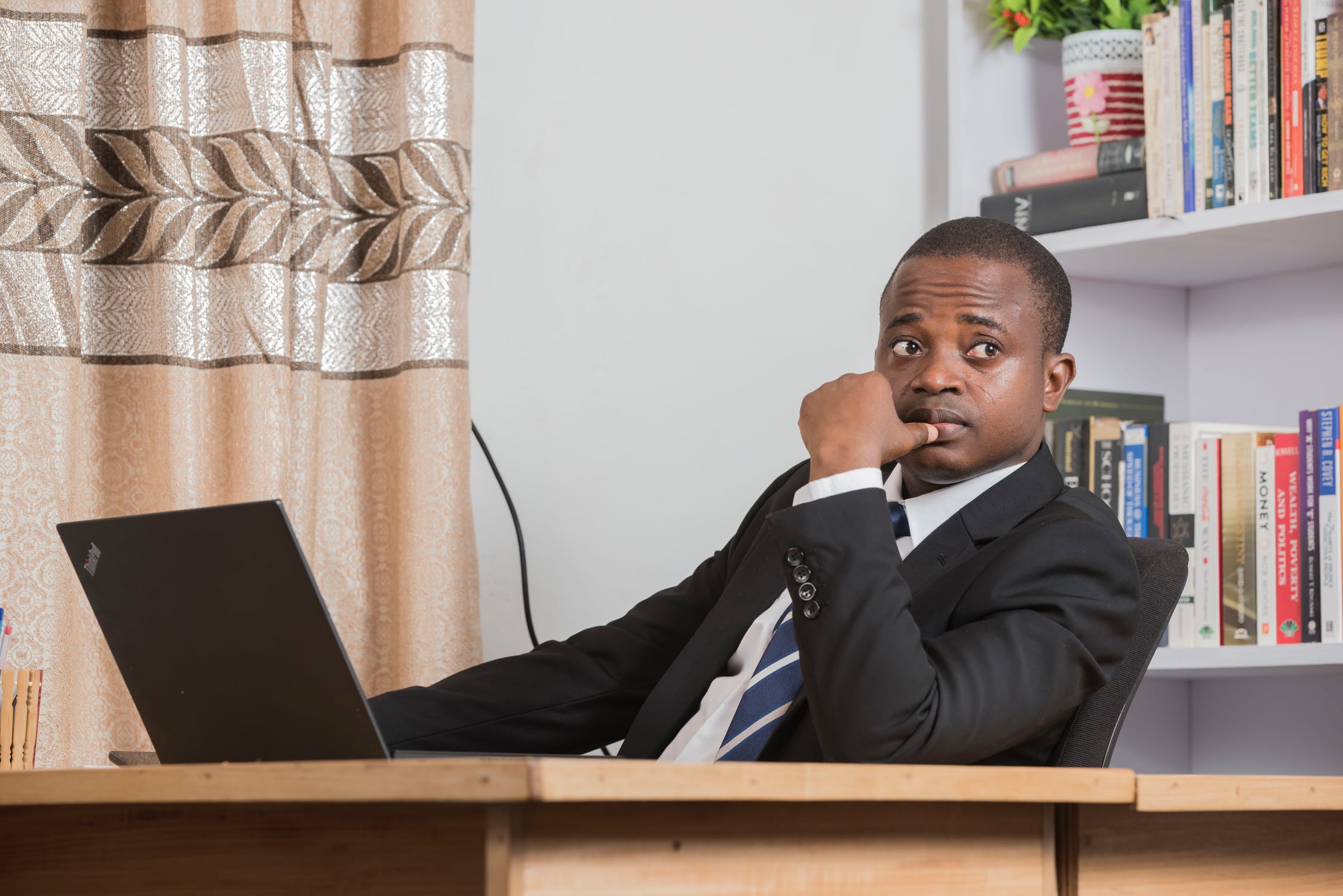 The lion is the exact opposite. All they want is for you to tell them what the point is so they can move on with their life. They want you to pitch them so they can think about it, yes or no. They will look primarily at the bottom line and look for ways to get the best deal. They are not shy about this and will straight up tell you that unless you can hit this particular price point they are buying from someone else. 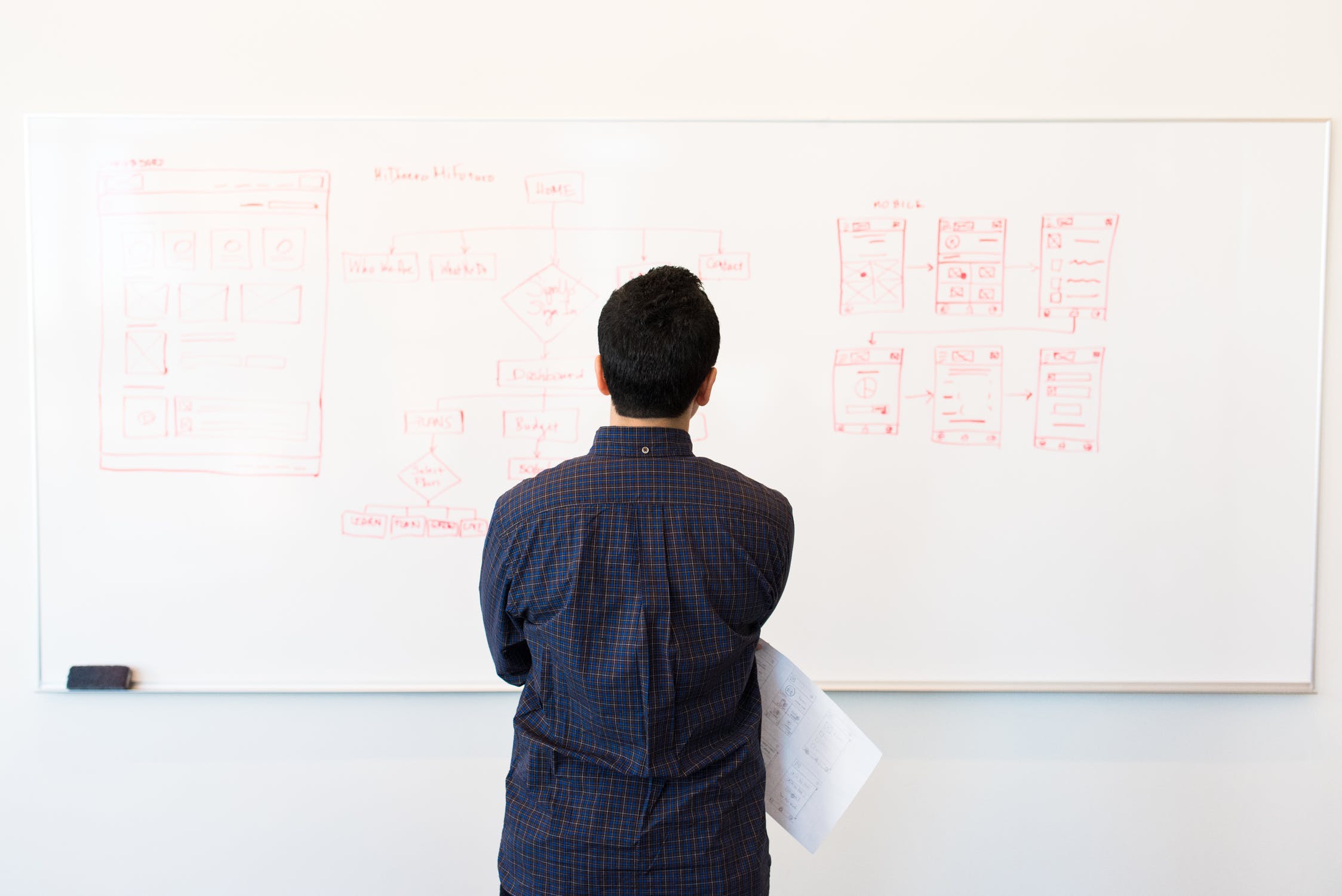 Next, you have the Beaver. They're analytically driven. They want to know the proof and the data behind what you sell. They will also resonate with discounts but their primary focus is going to be on testimonials and customer service. They want to know that when they have a question, you’re going to be there to answer it. It's a very scientific analysis kind of mindset. 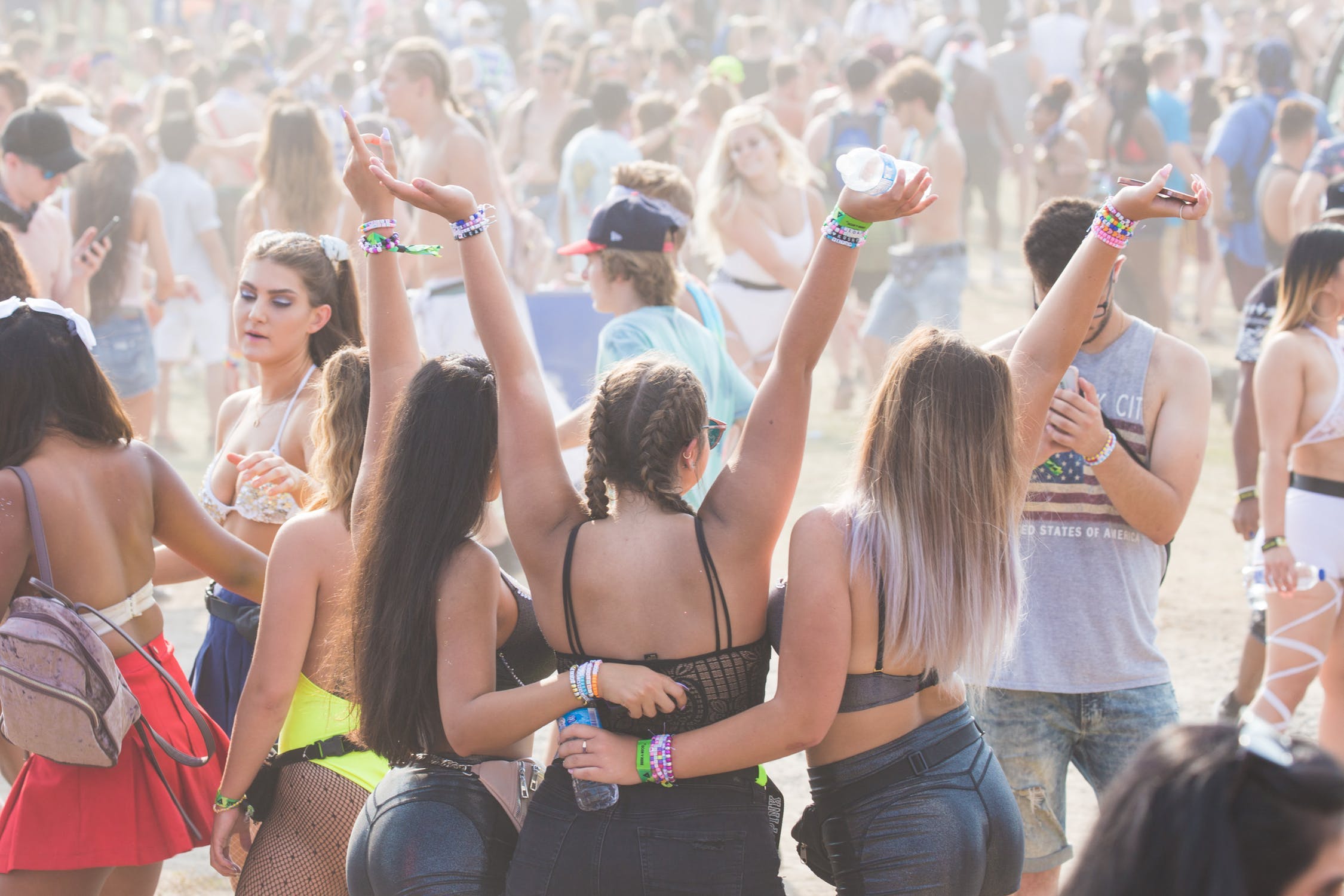 And last, you have the Otter. The Otter wants you to keep them up high on that emotional level, they like lots of enthusiasm. They like big movements, bright lights, all the different things that are going to keep them entertained while you're selling to them. These people, in particular, enjoy it when you have your energy cranked up to 11 as well as high production value and jump cuts. These people will normally stay away from blogs but instead will watch an endless supply of well-done videos that showcase your brand and product.

So, now that we have a general understanding of the 4 customer personality types what are the 3 worst ways to communicate with them?

Doing any of these will have you giving your customers the wrong solution to the wrong problem and/or to the wrong people. All of this culminates into a ruined customer relationship and a lost sale, both presently and in the future.

Let’s look at each of these individually:

Saying the WRONG thing to the WRONG person. Okay, so say that you're selling this product and you're trying to come up with a solution to this customer's problem, you're trying to tell them how this product that you sell is going to solve their problems. Take a Golden Retriever, for example, if you have a very blunt attitude and your message is basically “Hey, if you're not doing things the right way, then you need to get this, and if you're not ready to get this and you're not going to change your life, and that's how it's going to be until you’re ready to stop being a loser.”

You're selling the wrong way to the wrong person. They don't want the solution you're presenting and they don't want it the way you're presenting it, but if you were selling to a Lion that very go for it attitude of “Hey listen, this is what you're looking for. This is what you want and I've got it. Buy it. Now!” that Lion will respond to that kind of attitude because that's the kind of attitude that they have.

A Golden Retriever on the opposite end of the spectrum, however, is not going to respond to that. They want you to speak to them that allows for some empathy “Hey, you have this problem. It hurts. It's really emotional. It's really getting to the core of it and you're talking to parents, you're talking to people who are suffering and all these things. You tell them your story and how you found the solution through all of your struggles and all the pain that you went through”. You really want to draw it out and let them know that it's not about the buy, buy, buy. It's more about them knowing that you feel the same way that they feel right now. “I've been there, I understand, and I took the time to figure this out to help you, not to sell to you.”

That Golden Retriever is going to respond a lot more to that kind of a pitch because they want that human aspect to it. They want to make sure that you get it in the same way that they would to a friend when they're talking to a friend. They understand it that way. So when you're doing the research to understand what kind of a problem that you're solving for them, make sure that you're giving them that solution. You're validating the things that you're trying to give to them. You actually know that it's something they're struggling with and you're pitching it in a way that's going to get across to their personality type.

What's the second thing you can do wrong? Saying the WRONG thing to the RIGHT person.

Okay, so this is a little bit different. You're talking to the right person. You know that you're selling to that Golden Retriever, Beaver, Otter, or Lion. You know who you’re talking to but your message is still not honed enough to start converting those likes into dollars.

Usually, this happens to people that dive in because they created a business around their own problem. You might be saying to yourself “I thought that was what I was supposed to do? Find a problem and add my fix to it!”

Yes, you’re right. It’s great and wonderful that you did that initially. It’s a great place to start. You’ve created a business around your own problems and you're speaking to people who are a lot like you, so you're talking to the right person. Now you need the right pitch, the right attitude, the right level of enthusiasm.

So how do you do this? You need to sell to them in a way that they want. You need to do the research to understand what is their struggle. The best way to do that research is to start talking to them, and actually asking them. You can say “Hey, I have this solution to this problem. Are you suffering from the same problem?” Point blank like that. A lot of people will come up with these roundabout ways to do this kind of research when really it's as simple as asking people outright. “Are you struggling with this problem? Do you need a solution to this kind of problem?” Your customers will tell you yes, no or sort of. This is great market research that will help you narrow your niche down and really finalize that product that you're selling and really come up with the perfect version of it for those customers.

So let's go with the third way you can ruin that customer relationship and miss that sale, and that is saying the RIGHT thing to the WRONG person. Now, we kind of went over this a little bit before, but all of these things have nuances and you really have to pay attention to it.

It's because you're not talking to them in the right way. So if you have the solution and you know that you are speaking to the people who have the problem you're solving, that's when you really need to start testing out which personality type you're talking to.

The simplest way to do this is through email and through social media, trying out those different posts, using those different personality types. So the first one could be that lion, very straightforward, very buy now!

The next one can be that golden retriever telling the story of the struggle and the pain. Really getting emotional and pulling on those heartstrings. Don’t be afraid to use all those phrases that bring in a sense of identity and unity.

If you're talking to a Beaver, try out a post that gets very analytically detailed. Talk about the specs of the product, talk about all the versions that you've been through and how you've narrowed down on the version that you're selling. Now talk about the testimonials and how other people have tried at case studies, all of those different analytically driven data points.

Now, if you’re looking at an Otter. This is where you really want to get creative with...well... your creative! Your creativity should be first priority. It should focus on video and images, lots of bright colors, something that's really gonna stop people and make them say wow. The key to connecting with an Otter is to keep their eyeballs moving. If their eyes are moving then you’re capturing the attention of their brain. Don't be afraid to dial your enthusiasm and your personality up to 11 in order to really get their attention.

Okay, so let's recap. To ensure that you don't get the sale, you need to:

If however, you’d like to avoid that instead make sure you're talking to the right people in the right way.

You've got that personality point down. Who are you talking to? Golden retriever, Lion, Otter or Beaver. All right? When you know that, what are you offering them? What solution is it? Have you talked to them? Have you really understood what they're struggling with and does your solution really solve a problem for them?

Now, I want you to figure those things out. I want you to get out there posted on social media and let them know, “I know who you are. I'm just like you and I've got the solution for the thing you're struggling with.” Once you've done that, you'll be talking to the right people with the right solution, exactly how they want to hear it from you.

Final thoughts: If you feel like this information won’t work for you because you’re in a saturated market (e.g. jewelry, soap, makeup, baby clothes, stationery, clothing) make sure you check out this other post we did. It’s going to help you learn how to frame the problem in a new and creative way.

So make sure you check it out, and please share this with somebody who has a product based or handmade business and let us help them. If you have any questions, let us know.